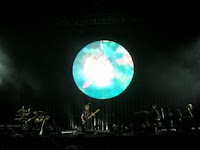 There is a palpable excitement I feel, when I land in Goa, almost instantaneously, expecting something magical to happen.

The cab that takes us to our hotel has lovely konkani music playing as if to signal the party is on! He played traditonal songs, folk music, right through our 45min ride to the hotel- mwaah, lovely!

As we enter our hotel there is lovely local music streaming through the doors!I think music flows through the blood of every Goan. I later understood that, in schools, music is encouraged whether it be singing, playing an instrument or creating beats.

Goans love for music can be heard round the clock, not only in the houses but at social occasions. The talented goan musicians dish out popular Indian and western hits and not forgetting the show stopping, foot stomping goan manddos which get goans of all ages up on the dance floor.

Goan music merges Indian and Western traditions, and the Mando is a treat to hear. Starting with a sad beat, gradually it ends on a faster beat known as 'Dulpods'. Based on the Latin American tune, Mando is sung by girls and boys in chorus or sometimes one line of the song one after the other. Beckons one to move:), just as we did on the boat, on the river Mandovi.

At lunch time in the hotel coffee shop we met some fellow holidaymakers who let us know that Roger Waters was playing LIVE the same evening. My God Pink Floyd , well not entirely, but nonetheless Pink Floyd legacy in the flesh!

We made our way that evening to see Roger Waters, a rock concert like I've never seen before. An unforgettable night , probably one of my favourtite rock shows amongst the ones I have seen all over the world. All credit goes to the fact that it happened in Goa:-), the people, the swaying, no smashing bodies or puking adults, the production of the event, roger waters himself, the open spaces, near the water front, all of it cast a spell on me, marvellous:-)!

I went to the flea markets by day and another by night, and o boy! I was surrounded by trance, hip hop, psychedelic beats, with many shop keepers selling mp3's and so many locally composed cd's, that I was quite baffled by it all and not sure which one I wanted to buy, because truly, any music in Goa, sounds pretty awesome!

Finally all this gave way to my kinda day - I slump in a shack by beachside, find myself a super vantage deck to worship the sun, request for the music to be louder from inside the shack, and it all merged so well with the sounds of wind, surf and voices- Goa- ah! Where time passes slowly and the music keeps you company:-)
Posted by Mee at 10:46

i have been to Ibiza, the beaches of Oz, hawaii, and many more and I know something is wonderous about Goa yes.I think its the people. They are genuinely warm and welcoming and caring from the heart. Thats why their music sounds so yumm. They create such a happy atmosphere around that everything sounds lovely there. its the party zone definitely!

the very word Goa brings to the mind the place for complete refreshment with food, drinks, music and ..... masti. Being there is just like a "right choice!!!!!!!!" anytime.... so blissful

Ajeya - Ty:-)
Read your blog earlier, U write very well
If I type 'highway to nowhere' I go to some bed and breakfast web page:-(
Wats your url?

sigh. it's grey and and raining here. a fine mist blowing through the office windows as i read your post has successfully driven me to nostalgic distraction.

lucky you byker A!:-) its muggy and warm here:-(
Enjoy!
BTW Goa in the rains is awesome
:-), you and wifey shld make a trip

have seen it in the rains. and in the sun. in the north. in the south. in an alcoholic haze. and in surprised sobriety. in a hungry daze. and in an 'i've over-eaten' laze. from a car. from a bus. and on a bike.

trips have been made (with wife and without) with something approaching religious regularity. in all likelihood, they will continue.

Hey Mee, loved the blog. Goa - sunshine for my soul. Can never get enough of it.
Waiting for our next trip there, to relive the magic

Hey Shiran :-) Howdy! Long time!
The doc has given me strict warning - no sun!
:-(
As much as I hate that warning, man I have suffered bad- I used to think my eyes hurt thanks to 20hrs of comp! But it turns out it was becos of this stoopid rosecia, smthg apparently the westerners get due to excessive sun,
My first thought when he said no sun was- I'd die, gotta go to Goa soon, but now eyes are super duper and I think lots of tan lotion and sun glasses shld do the trick
Lets go sooon:-) wat say?

Yo Mee! have posted some pics on Facebook, go check it out and weep!!! Would love to do a trip again. Have you been to Andamans? Am considering doing that. What say you?

Shiran- going to FB now and checking it- aww how I hate you!:-)

How can you plan Andamans without me?:-(
When you planning to go thr, lets go before I become a slave to 'India Inc' again!

Hey, how did you like the sunset pics. Weren't they just awesome. So missed you there.

Thinking of Andamans around aug 15, you game? When are you joining back into India Inc, and where

Aug 15th :-(, I am being pressuriezed by the damn world to join from yday:-(
have been pushing back and saying july to all, nobody's gonna let me go on a break in a knths time:-(

Is it a long weekend? Maybe I can squeeze it then? Lets talk tomo shall we