As you read you will realize, why I am introducing this post, with a little bit of historical/revolution perspective. Ireland, geographically, is a single island, but is divided into two separate political countries: the Republic of Ireland, which is an entirely separate nation from the United Kingdom, and Northern Ireland, which is a part of the UK. Until 1921, Ireland was one undivided country, although colonized and dominated politically by the British for many centuries before that. In 1921-22, as Ireland demanded its own sovereignty, and under pressure from the local, mostly protestant population in the north, the British and Irish authorities forced the division of Ireland into north and south. Northern Ireland remained British as part of the United Kingdom while Southern Ireland became the Free State (under the leadership of a soldier and a politician called Michael Collins) 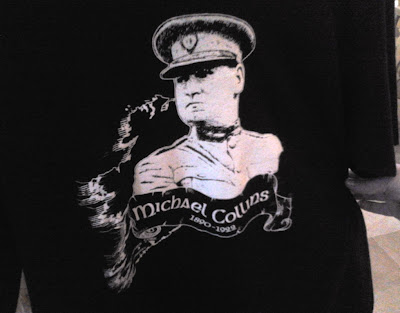 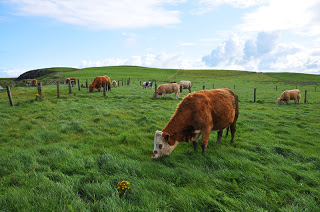 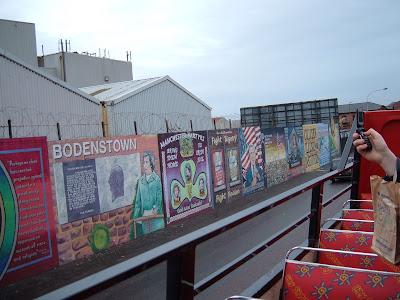 It took a year long civil war before the formation of Republic of Ireland
The violence in Northern Ireland during the last part of the 20th century was largely caused by Irish Republican activists who objected to the British military presence in Northern Ireland. The army was originally brought in to protect the catholic minority after years of protestant Unionist control and discrimination. However, with the civil population in turmoil, the IRA took advantage of the political vacuum, reformed, grew quickly and began a bombing and shooting campaign. Protestant Loyalists formed their own para-military groups and both sides began a terror conflict, known as The Troubles, which lasted into the late-1990s.

We took the train to reach Belfast, a lovely journey skirting the coastline of Ireland, passing through the Mountains of Mourne. 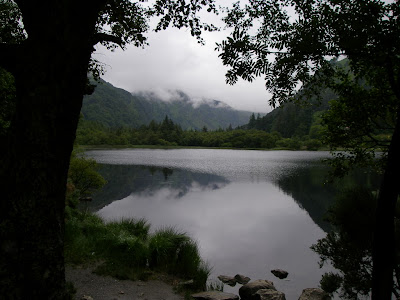 The first thing we did upon reaching Belfast is us girls took the black Taxi tour while the guys took the hop on hop off.  The driver gave us a tour of Belfast including the murals painted during the troubled years. 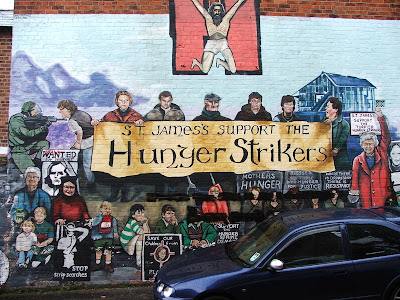 The murals are images of the struggles of the oppressed - very them vs. us. The murals (a 100sq feet of distance) clearly seemed to reflect the sectarian divide, of popular beliefs and popular culture 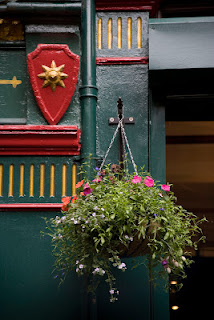 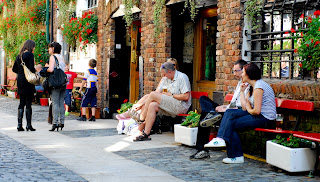 Crowne Saloon shall never be forgotten, not only for the fact it was bustling mid noon but also because it had live music while we gobbled down our lunch! The folks swear that the *best  pint* was in Belfast at The Crown Liquor Saloon Bar, and not at the Guinness storehouse :D

I tried. I tell you, I put up a spirited fight too. I dint want to go see the Titanic dock and pump house- but had to eventually, as I was vetoed by others. Located within sight of the Catholic community, big ships like the Titanic were built, bringing pride and wealth to Belfast. Well, at least to parts of Belfast ... it was an unwritten policy not to hire Catholics in these shipyards.

This museum opened March 31(100yrs ago) tells you the story of the Titanic, from the ship's construction in Belfast to her sinking in the Atlantic on her maiden voyage. Visitors look down on a projection showing images of the wreck of the Titanic on the seabed at the Titanic Belfast museum. A re-creation of a room (cabin), complete with computer-video projections of passengers, a woman flying from the hull of a ship in one of the galleries,  a replica of the grand staircase from the sunken Titanic –all is on display…yes there is lots to see, if you are at sea (I mean if you are a Titanic fan!) 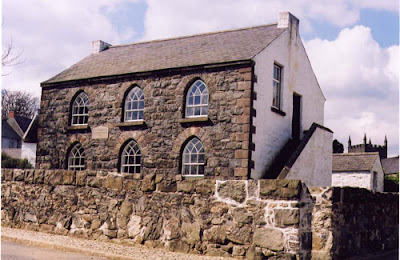 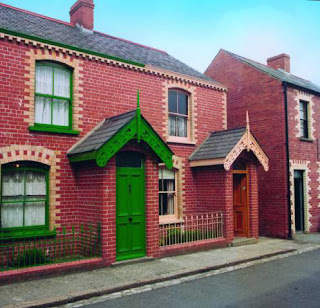 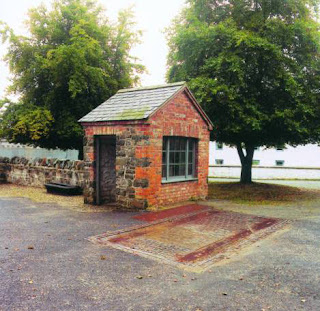 Next we saw was the Folklore museum which clearly belongs to another period. All the buildings were very authentic period, a proper village with a court house, bank, church, shops, pub, picture house, post office, even a corner tea shop.  Set in over 170 acres of rolling countryside, the narration is about life in early 20th century Ulster.  A national school that helped push literacy and provide education for all children. The Post Office- Royal mail - began in 1635 by King Charles I (in an effort to raise money) was made available to his subjects. Did you know that originally postage was paid by the recipient, not the sender, and charges were based on the number of sheets of paper and the distance involved? There also is a public weighbridge  - most goods were traded in bulk and by weight so both the seller and the buyer needed to have accurate measurements. One can easily spend an entire day here, so if touring these parts, plan the day well. 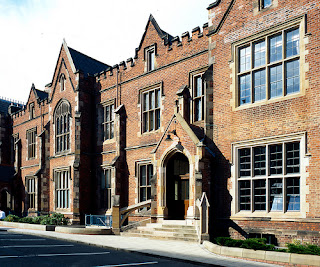 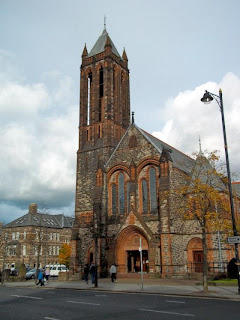 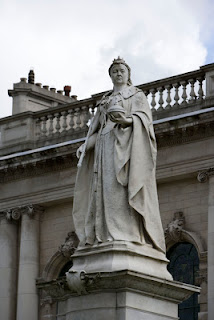 Our next pit stop was at the Queens University, where you can’t help but marvel the splendorous form and design of the structure. None of us are alien to British architecture, if there is one thing, we have to hand them, it is the gift of their awe inspiring architecture. The advantage of being on the hop on hop off was also that  our tired feet beyond a point could not walk no-more  so we happily sat in the bus and saw some place like the parliament of the University and many other unrecognisable buildings from the top of the red bus

A few tips: When in Belfast eat on the cheap by taking advantage of local supermarkets, including Tesco/Dunnes, avoid the small corner grocery shops that often overcharge. Consider eating in pubs versus restaurants. You'll get hearty meals like Sunday roasts that are more traditional without paying what can be high price tags at regular restaurants. Pubs also offer lunches and early bird dinner prices. Check before you go because not every pub does cooked meals; some just have bar snacks.